With adoption and ownership of smart in-home devices on the rise, the future of an entirely connected house is not too far off. With major backing from corporations like Apple and Google to the emergence of [Atmel based] startups on Kickstarter and Indiegogo, it is clearer than ever that the market is ready to grow at a rapid pace. From home automation to smart metering, a new generation of intelligent products are set to increasingly power and connect our daily lives. 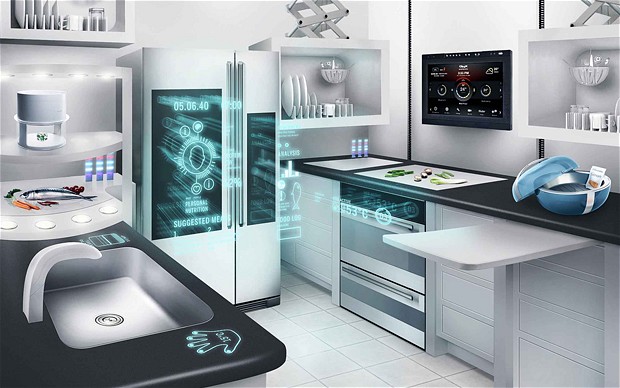 Writing for Gigaom, Stacey Higginbotham highlights five key trends that she expects will continue to evolve over the next couple of months and finally come to fruition in 2015. Here’s what she had to say…

“At long last, products are coming on the market that will let you use Bluetooth to control light bulbs, outlets and more. These products are using mesh networking to make installing a connected light switch as easy as sticking a new plate to the wall using double-sided tape. Products from Avi-on (which is building bluetooth switches for GE’s Jasco brand), Oort, and Seed will change the way we use lighting in the home and at work. Even Peep, a company showing off a camera that snaps a picture when someone knocks on your door is looking at using Bluetooth as a faster way to get an image to people inside the home, since using Wi-Fi means it would go from the connected camera to the cloud and then to people’s phones.”

Our recent acquisition of NMI immediately expanded the 802.11n Wi-Fi and Bluetooth capabilities of the company’s offerings, thereby accelerating our introduction of low-energy Bluetooth products such as these.

“To talk to your home, you’ll talk to your phone: This isn’t a trend I’m excited about, but it’s obviously where we are heading in the relative near term. Since our phones are equipped with awesome natural language processing already, big companies such as Nest and Apple and small ones like Nucleus will use them to let people control their homes via voice. For example, Nest will integrate with Google Now’s speech recognition while Apple’s HomeKit is sure to have a Siri component. On the startup side, the Nucleus intercom system showed off a way to not only message people in your house, but to speak into the phone to control your lights. Ubi is building similar functionality into it’s app.”

Surely enough, it’s not that uncommon to find yourself spewing to an malfunctioning appliance or sharing your displeasure with a gadget; however, in the near future, when you talk to these devices, they may actually listen. Envision yourself calling out commands to complete tasks such as raising the heat on the thermostat or closing the blinds at night. Thanks to startups like Ubi and Wit.ai, custom voice controls may be coming to a neighborhood near you.

“Two companies, Homeboy and Roost were offering different products that took advantage of low-power Wi-Fi. The benefits of such a set up are pretty obvious — you don’t need a fancy hub to control a device and it can work for almost everyone.”

It’s no surprise to find Wi-Fi as one of the integral technologies enabling devices to connect directly to one another, to wide area networks, or simply to the Internet in order to provide remote monitoring and control of a home system. As such, it is becoming a major driver of the explosion of the ever-evolving Internet of Things, particularly the connected home market. Atmel’s SmartConnect family is comprised of self-contained, low-power, and certified modules that are enabling wireless connectivity in such embedded designs, ranging from battery-operated devices to smart home appliances.

4. No more hubs for automation

“This year’s hot device, the home hub that combines a bunch of radios with a software platform to let people control multiple connected devices is going away. Even SmartThings CEO Alex Hawkinson is ready to build software that is independent of the company’s hub, although he admits it may take some time and won’t include all the devices out there. I also saw a startup, showing off an Android-based controller called the Reach app that lets people pause videos, play songs over their Sonos and control a few other devices like Hue lights. The app is in alpha right now, but I’m eager to see it once it hits beta.”

“The business models that have been lacking in several popular services are beginning to crystalize. From Linden Tibbets. the CEO of If This Then That disclosing that he plans to have consumers pay for premium IFTTT services, to an in-depth discussion from IControl’s CEO on business models for the smart home, it’s clear that while companies have been focused on the user experience, the revenue models aren’t far behind.”

While we may not know exactly what the future holds, it appears that 2015 and beyond are looking much SMARTER.