Ah, chiptune music. For those young whippersnappers out there who may not recall the days of ’80s gaming and its coinciding 8-bit tunes, these iconic synthesized electronic sounds were produced by chips (hence the name) of vintage computers, video game consoles, and old-school arcade machines.

Designed by the Assorted Wires crew, Lo-Fi SES is a hackable 8-bit chiptunes device that has recently made its Kickstarter debut. Consider yourself warned, the open source instrument will spark up some NES nostalgia!

“The Lo-Fi SES is all fun with no practice. It may look like a game controller, but it’s actually a music controller. You might’ve never learned to play piano or guitar, but I’ll bet you rocked at more than a few video games. Lo-Fi SES lets you turn those hard fought skills into musical magic,” a company rep writes.

Based on an Atmel AVR MCU, the Lo-Fi SES replicates the shape of a good ol’ SNES controller, whose buttons are used to trigger samples, change tempo, as well as play, record and delete tracks. The controller, which is the heart of the Lo-Fi SES experience, comes equipped with a default playlist of onboard sounds including a lo-fi drum set. (Bring back attack sounds from those childhood video games!)

Built around the open-source Arduino platform, a user can also swap out those samples with actual sounds from an NES or other retro console — this includes remapping the buttons and configuring it to serve as an actual game controller. The team also notes that a user can upgrade their Lo-Fi SES experience with a three different cartridges to mod their “musical journey.” 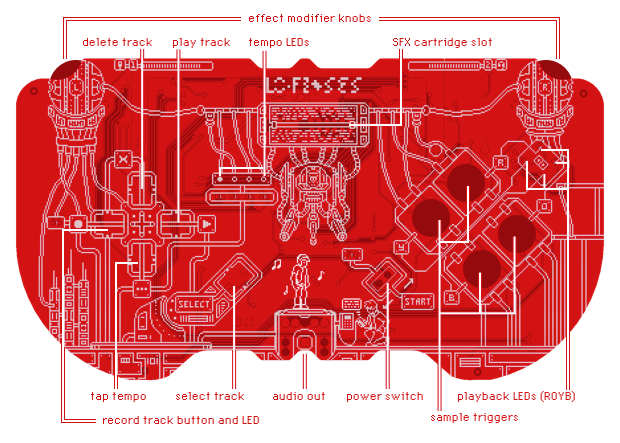 The devices features a slot for these cartridges: Final Sound Adventure (introduce a series of different sounds), a Smasher Bros. (adjust the bass and dirty up the sound), and a USB link to hack (connect your Lo-Fi SES to your Mac, Linux, or Windows computer).

“If you like to tinker or you’re into [Atmel based] Arduinos, this [USB link to hack] is a must-have cartridge…There are infinite possibilities once connected: swap out the sounds with some wavs you designed, tweak the timing of things to match your style, upgrade the software, or make it control your favorite sequencer.” 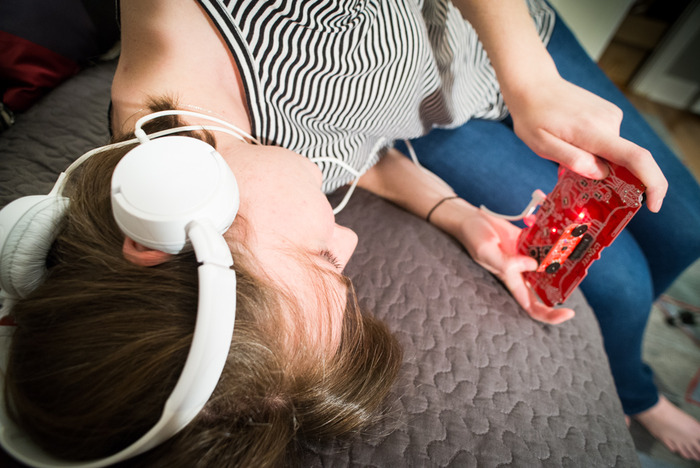 If this is the hackable 8-bit instrument you’ve been waiting for, head on over to the project’s official Kickstarter page here. If the team is able to achieve its $5,000 pledge goal, assembly and shipping to early backers will begin this December.