As the potential for smart wearable devices continues to draw new entrants into the market, it appears that a new health and fitness tracker emerges every week. While each of them are equipped with some sort of unique feature — such as food intake to running — a vast majority of them are intended for the mass market. But, what if you were seeking a device that could monitor something entirely catered to just you? Though building your activity tracker may seem like a tedious task, BITalino is hoping to expedite the process for Makers.

Developed the Boston-based startup, BITalino is a low-cost, easy-to-use toolkit designed for anyone looking to build self-tracking applications based on information from their body. Based on an ATmega328 MCU, the platform enables Makers to quickly bring projects entailing body signals and quantified self wearable devices to life, as well as learn how to create actual medical devices — which otherwise can cost upwards of $10,000.

“Our vision is to make them available for anyone, and harness the power and creative thinking of the open-source movement to boost innovation in biosignal-based applications in unprecedented ways,” a company rep explains.

Recently launched on Kickstarter, the unique DIY biosensor kit can be used by Makers of all levels (from students to researchers) interested in devising projects, which can range from anyone interested in creating projects ranging from muscle activated air drones and heart-rate monitoring bicycle handlebars to interactive installations and personal diagnostics apps.

A few examples of what this little fellow is capable of:

If able to achieve its funding goal of $50,000, the team plans on producing future boards with a smaller form factor, improved signal quality, built-in Bluetooth Low Energy, and additional sensors, among a number of other features. BITalino hopes to launch more affordable, simpler-to-use application-specific kits as well. 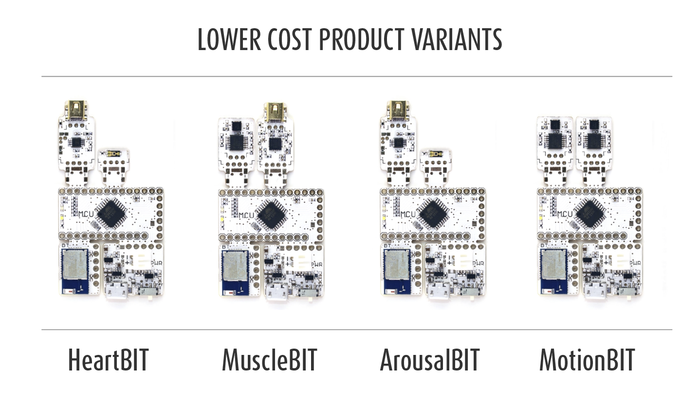 “You know all too well how stiff PCBs and body curves don’t always add up, and that’s where your pledge come in… BIG TIME!” the team writes. As a result, BITalino is even looking to bring flexy back! The team has already joined forces with Printoo — a lineup of paper-thin, Atmel embedded boards and modules that offer Makers and devs new levels of creative flexibility. If able to garner enough funding, the Arduino-compatible kit will create a version of BITalino based on the flexible, paper-like technology. As you can see, the possibilities are truly endless!

Interested in learning more or backing the ATmega328 powered project? BITalino can currently be found over on Kickstarter.

1 thought on “Build your own self-monitoring device with BITalino”