As recently reported on Bits & Pieces, Arduino co-founder Massimo Banzi gave the world a sneak peek of the company’s first 3D Printer, the Arduino Materia 101. First shared on the Arduino Twitter account and introduced on the Italian television show Che tempo che fa, the white and teal device will be presented next weekend at Maker Faire Rome. 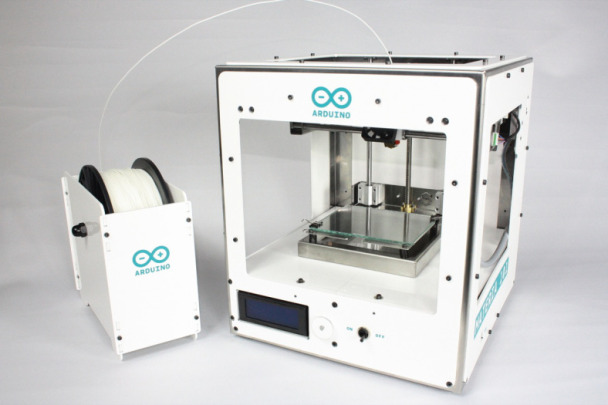 While their entry into the 3D printing space may seem like an interesting one, it is not entirely shocking. In fact, a number of machines are driven by Atmel megaAVR and AVR XMEGA MCUs — the same chip used to power a majority of Arduino boards.

Writing for MAKE Magazine, Mike Senese notes that the open source 3D printer is the largest piece of hardware that our friends over at Arduino have launched to date. 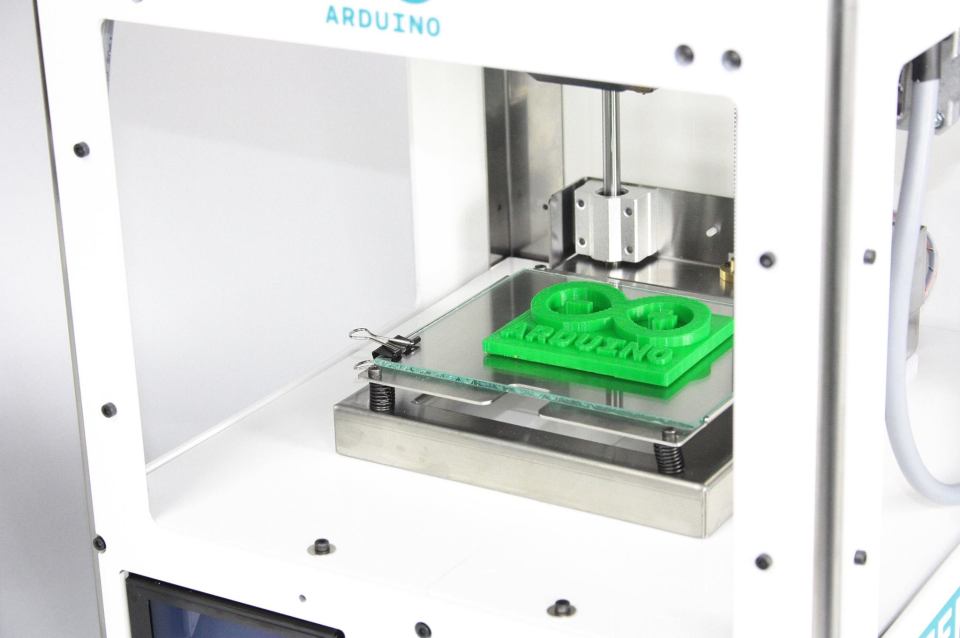 “It’s an interesting move for the company, but not an entirely disconnected element, as many of the printer developments in the 3D community have used [megaAVR powered] Arduino boards for control. Moreover, it further indicates how bigger companies are starting to release 3D printers,” he writes.

After quite a bit of buzz over the past couple of days, Arduino has revealed the full specs of the newly-unveiled Materia 101 3D printer, which was developed in collaboration with Italian 3D printer manufacturer Sharebot:

The electronics board will be compatible with Arduino Mega 2560 (ATmega2560) with open source firmware.

UPDATE (10/16/2014): Arduino has announced that they have made the Materia 101 available for pre-order from their online store. The printer will be priced at $727 in kit form, and $887 fully-assembled.

While you wait for your printer, the team has shared several documents and resources around the product, including its detailed manual and Github repository with all the source files.

4 thoughts on “More details revealed around the Arduino Materia 101”