Throughout the world, millions of engineers, Makers, hobbyists, entrepreneurs and innovators are fueling what has been dubbed as the next “Industrial Revolution.” 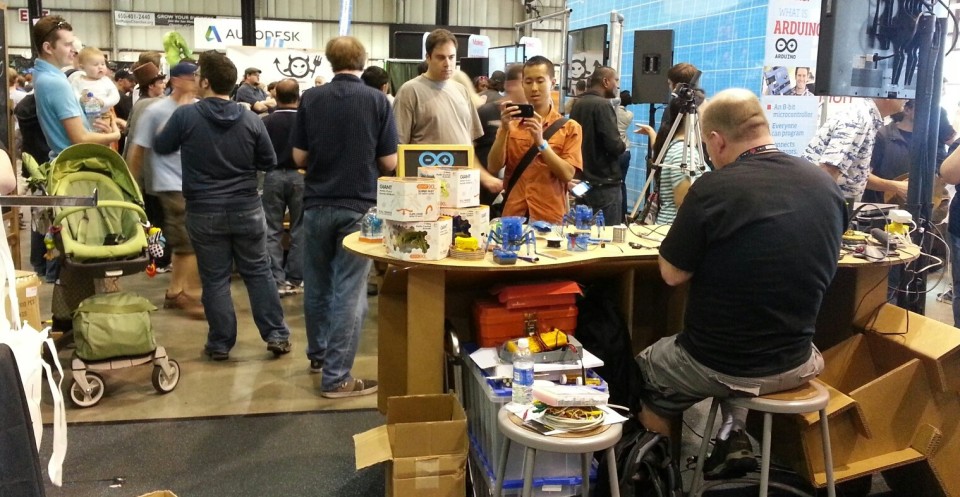 “The next Industrial Revolution is right around the corner, and it’s going to be bigger than the Internet — or so says a growing army of hackers, designers, artists and entrepreneurs,” USA Today’s Tyler Wells recently penned in a piece detailing the rise of DIY culture, contributing its emergence to the low-cost, high-imagination level of makerspaces popping up across the country.

In the United States alone, there are approximately 135 million adult Makers — that’s well over half (57%) of the American population ages 18 and up — not including children and teens both interested in STEM and tinkering. Evident by the plethora of Maker Faires, makerspaces and other hubs spanning across the nation, this segment is expanding rapidly in size and economic heft. In fact, did you know the Maker Movement pumps roughly $29 billion into the economy each year? What’s even more impressive is that these figures will surely grow as more and more of the population is introduced to and begins to embrace the DIY culture.

“With the right motivation and time on your hands, you can now go through your own personal industrial revolution in 90 days, and can launch a company or product within those 90 days,” TechShop CEO Mark Hatch explains. Furthering the Techshop CEO’s belief, Gartner’s Jim Tully recently projected that by 2018, nearly 50% of the Internet of Things solutions would be provided by startups which are less than three years old.

Martha Stewart, who recently demonstrated her passion for the growing drone community, has also emphasized the importance of the movement time and time again. The queen of DIY revealed, “The Maker spirit is vital to our economy. In the U.S., 28 million small businesses create nearly two out of every three new jobs and employ half the private sector workforce. That’s why I believe it’s so important to support what they do. After so many years of seeking and spotlighting these creative entrepreneurs, I am excited that this movement has finally come to the forefront of American culture.”

Yet, the Maker Movement isn’t only limited to hobbyists and engineers but has transcended well beyond the walls of the 200-plus hackerspaces and labs. Not only is the notion of DIY being seeded and nurtured by Makers, it is in full blossom throughout the world at rapid pace, ranging from consumer products and mainstream retail to manufacturing and consumer goods.

These statistics are a mere testament to the emergence of the movement. Hear ye hear ye, a renaissance is underway!

As Arduino’s Michael Shiloh explained, “It [Maker Movement] is sort of like cooking. You don’t need to be a chef to cook, but almost everyone can cook something.” Without question, the Maker Movement has already and will continue to thrive in our DIY-centric culture. In time, we can surely expect to see Makers shape our future — one project at a time.

Don’t forget to join the Atmel team in Queens this week for the 5th Annual World Maker Faire. Undoubtedly, this year will be amazing as an expected 750+ Makers and 85,000+ attendees head to the New York Hall of Science to see the latest DIY gizmos and gadgets, as well as AVR Man in the flesh. Once again a Silversmith Sponsor of the event, Atmel will put the spotlight on everything from Arduino to Arduino-related projects. See you soon!

17 thoughts on “DIY by the numbers: Why the Maker Movement is here to stay”