Coolest — which made its Kickstarter debut back in July — has already raised an astonishing $10,403,743, exceeding its original target by 20,707%. Impressively, with the financial support of over 49,000 backers, the Coolest Cooler has officially dethroned the Pebble Smartwatch to become the most-funded Kickstarter campaign of all-time. 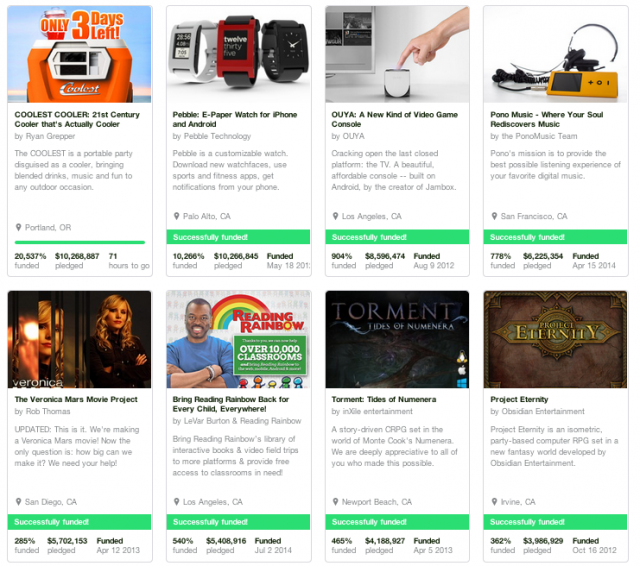 Appropriately dubbed the Coolest, this high-tech version of a traditional tailgating and summer BBQ necessity is just like an ordinary cooler, but with every additional feature you could possibly imagine for a day in the sun, including Bluetooth speakers, a blender, a USB charger, LED lights and a bottle opener.

“If life is supposed to be a party, then you better bring the music,” the company writes. So, while everyone is already flocking around the cooler anyway, you can now also serve as the DJ for the outdoor party. Thanks to its waterproof speakers, users can either pair their phone or another Bluetooth-enabled device directly to their Coolest.

Regular coolers are boring, break easily and are a hassle to haul around just to carry the ice. The Coolest cooler is 60 quarts of AWESOME packed with so much fun you’ll look for excuses to get outside more often, a rep explained on is Kickstarter page.

“The party doesn’t stop just because the sun goes down, and you shouldn’t have to freeze your fingers searching endlessly for your favorite drink. The Coolest has unbreakable lights embedded in the lid so you easily find what you’re looking for with the push of a button.” 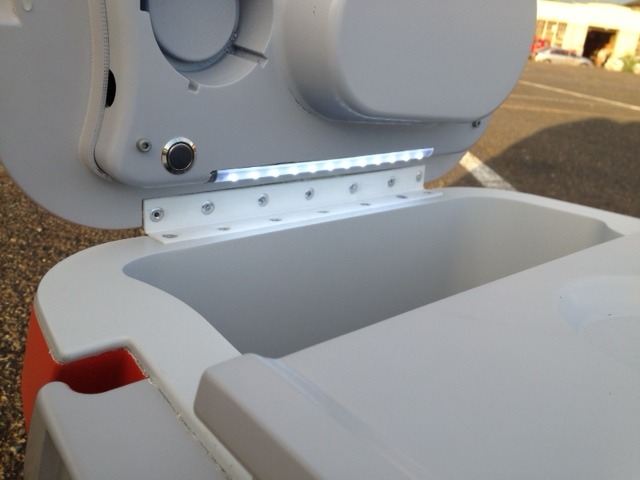 And for those who dread that very moment when your battery is completely depleted — leaving you disconnected from your digital world — you’re in luck. The Coolest is equipped with a built-in USB charger.

Embodying true Maker spirit, the Portland, Oregon-based creator Ryan Grepper explains, “I know firsthand how much fun it is to have a cooler with speakers, and a portable blender for beachside margaritas, because I built myself one of each around ten years ago. Last year I reexamined these well-loved creations and realized just how much room for improvement there was.”

Originally available in only orange, the cooler’s immediate success has led the Grepper to widen Coolest’s color choices to six. The cheapest Coolest money can buy is $185 on Kickstarter with initial shipments slated for February 2015 — just in time for Spring Break next year!

“The only reason the coolest exists is because I imagined something better — and it wasn’t out there,” says Grepper.

As one can see from this record-setting campaign, a new generation of connected products is increasingly powering our lifestyles. These Internet and wireless-enabled devices embedded with microcontrollers are giving once ordinary “things” (like coolers) new powers. Safe to say, connectivity is getting even cooler; in fact, it’s the COOLEST.