Maker Agy Lee has put her own spin on a prototype of a dynamic sensor pad powered by an Arduino Lilypad (ATmega328). Lee’s goal was to demonstrate the wide range of ways that the Arduino can work with various sensors. 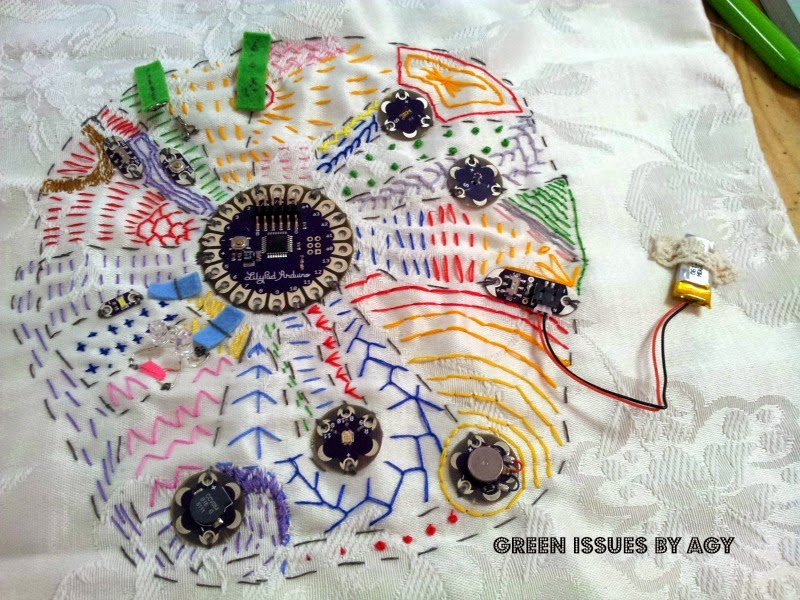 Based on Kenneth Larsen’s initial Sensor Demo Mat design, the Maker began development on her own version that included her own signature flair. Lee believed that “it would be a good idea to have an interactive pad that would show my workshop participants what you could achieve with the different sensors and outputs of the LilyPad.”

While her pad has plenty of options to tinker with, one of the standout functions occurs when the light sensor is covered and the RBG LED flickers instantly. The device can also sense temperature, as well as play specific musical notes. To combine these two traits, Lee programmed her pad to play a middle-C note when a cold icepack is applied to the unit’s temperature sensor. Now that’s cool!

The Maker’s work was previously featured on Bits & Pieces when we highlighted her brilliant handbag made from a broken umbrella. There, she used the waterproof material from the umbrella as well as an Arduino LilyPad to create a fashionable yet functional tote bag. With some smart sewing techniques, she was able to install a sensor on the outside of the bag that would power a bright LED in dark situations.

For more works of art by Agy, feel free to click over to her blog.