One hotel in Silicon Valley is attempting to appeal to its most tech-savvy guests utilizing robots to deliver towels and other necessities. The trendy Aloft Hotel in Cupertino will begin testing a robotic butler dubbed a Botlr — in lieu of humans — in the near future. The first prototype, named A.L.O., will be rolled out on August 20th. Devised by the brilliant minds at Savioke, Botlr will be able to navigate the halls of the hotel, as well as communicate with the front desk and guests via Wi-Fi. “As you can imagine, hiring for this particular position was a challenge as we were seeking a very specific set of automated skills, and one that could work — literally — around the clock,” the team at Aloft explains to PSFK. 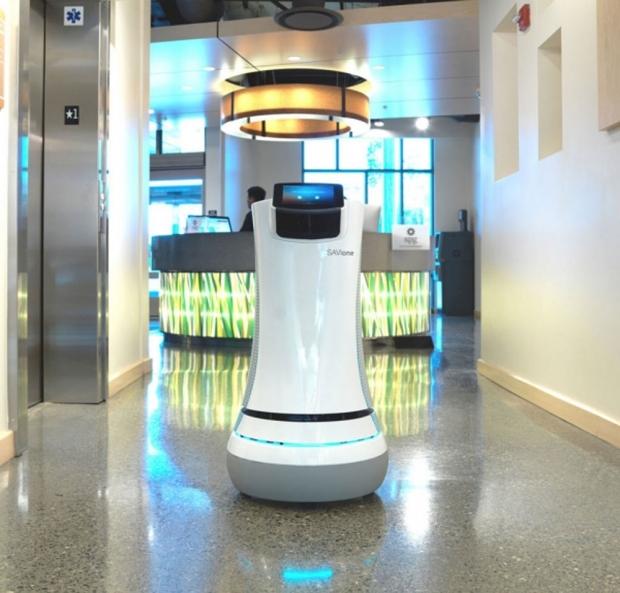 So, when a guest calls the front desk asking for an extra towel, a late night snack or even roll of toilet paper, the hotel employees simply load up the robot’s basket, program the room number and send the R2D2-inspired gadget on its way. An LCD touchscreen allows for the input of information, while his movement system is quiet enough that it will not startle guests. Even though you expect A.L.O. to hold his hand out for a Bitcoin or two after he completes a task, he works for nothing but… tweets as tips! 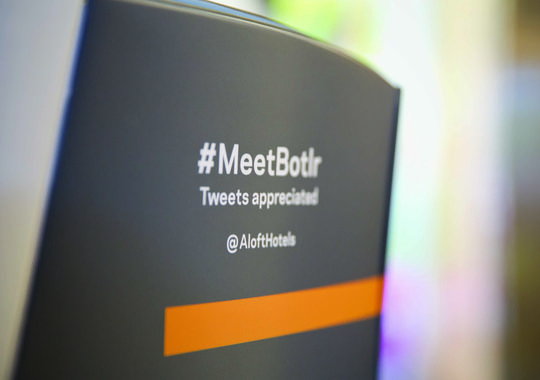 “This is currently a pilot at Aloft Cupertino and is under consideration, though not yet confirmed, to be implemented at Aloft Sunnyvale when it opens at the end of this year,” Aloft Hotels’ Brian McGuinness tells TechCrunch. “Based on the success of the pilot, we will look to roll out at our nearly 100 hotels around the world in 2015 and beyond.”

The Aloft is just the latest Bay Area hotel to experiment with futuristic technology. In March, the local Personality Hotels announced a program that enables guests to use their smartphones to unlock their hotel room doors.

Though the cost of the robot has yet to be revealed, the location of the launch is quite intriguing. The Aloft Hotel that will launch A.L.O. next week just happens to sit across from Apple’s corporate campus. Talk about a high-tech community!