Remote diagnostics is an emerging field that allows healthcare workers to perform tests on patient samples in the field and to get results interpreted by medical experts remotely. However, providing care in this manner is often associated with expensive equipment, extensive training and access to relatively developed telecommunication infrastructure. In an attempt to overcome these obstacles, a group of scientists have published a new paper describing a device dubbed the universal Mobile Electrochemical Detector (uMED). The machine itself can currently test for Malaria — with hopes to one day diagnose diseases such as Ebola, HIV, E. Coli, hepatitis, influenza, West Nile virus and Dengue fever — by analyzing drops blood and water for chemicals or disease. Once the uMED is linked up to a cell phone, it can then upload the information to the cloud for instant analysis – all for just $25 a unit. 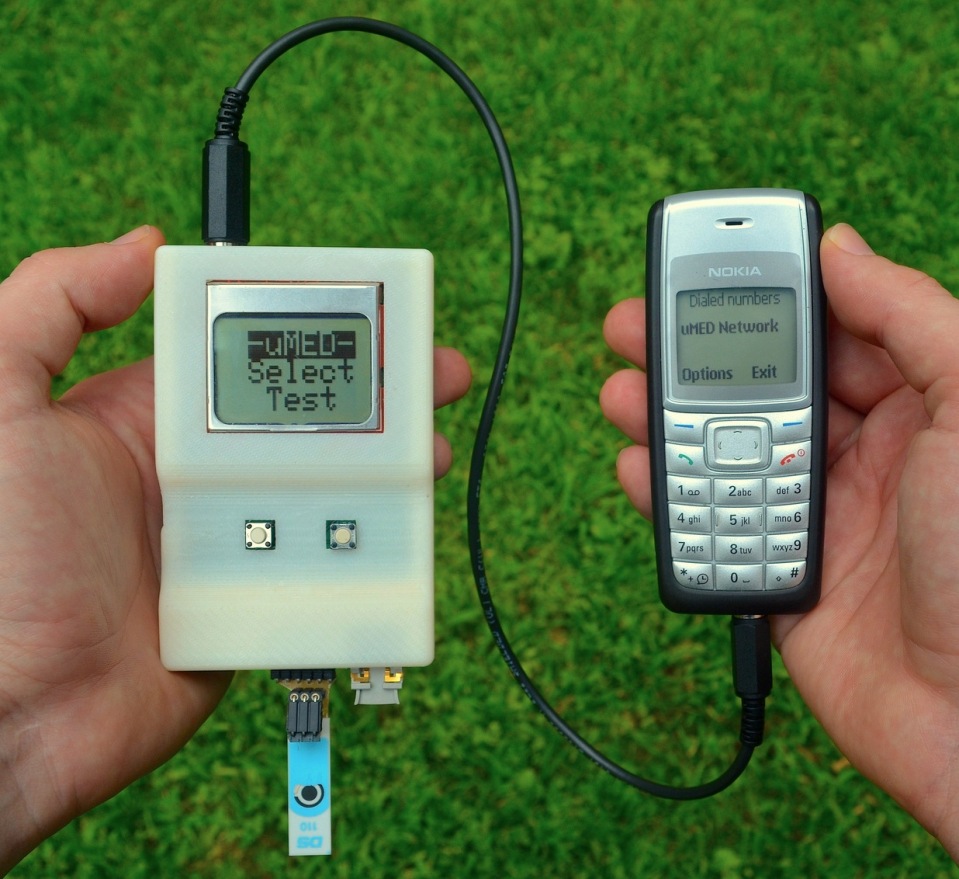 The inexpensive design could make the rising trend of remote diagnostics an everyday reality across the globe. The team developed a custom electrochemical sensor compatible with an Atmel-based Arduino in order to power the inner workings, while a simple audio cable connects the medical gadget to a cell phone for uploading. Subsequently, uMED can easily adapt to geographic needs and updated with minimal training. Many of the medical tests are conducted with an electrode, testing and receiving various data from drops of liquid on test strips. The devices also features a vibration motor to mix samples, whenever the need arises.

“Integration with the cloud is important especially if the required expertise is not present on site to interpret the tests,” Head study scientist Alex Nemiroski tells Popular Mechanics. Once the information is collected by the uMED, it is uploaded to a cloud database just by making a phone call. This device does not require a strong data connection or a smartphone, making it viable almost anywhere on the globe.

Nemiroski breaks down this choice to not create a smartphone app to Popular Mechanics, “We decided instead to focus on a universal solution that is compatible with all generation of cellular technology.”

Although the use of mobile devices continues to rise throughout most of the world, there are still billions of people still required to use older, often times obsolete, technologies for means of communication. “People in many of these regions routinely use their low-end mobile phones for banking, news, education, and healthcare,” he concluded. “Even in many of the poorest rural areas in the world that lack resources to pave roads, run power lines, or install pipes, people still have access to mobile phones.” Therefore incorporating medical testing into this handheld technology could only help improve the general well-being of the world population.