Recently here on Bits & Pieces, we covered the RoboCup where a group of inventors and their robots gathered in Brazil to compete in a global soccer tournament. It seems as though the robot invasion into the sports realm is not stopping there. With Tokyo hosting the 2020 Olympic games, Japanese Prime Minister Shinzo Abe has declared his wish for robots to compete in a similar competition.

“In 2020, I would like to gather all of the world’s robots and aim to hold an Olympics where they compete in technical skills,” Abe noted.

While Abe’s admiration of robotics may be a way to promote Japan’s burgeoning robotics industry, a global robotics competition surely could prove to be a success. As evident with the RoboCup, the event was a massive hit gathering over 550 teams from 45 countries. 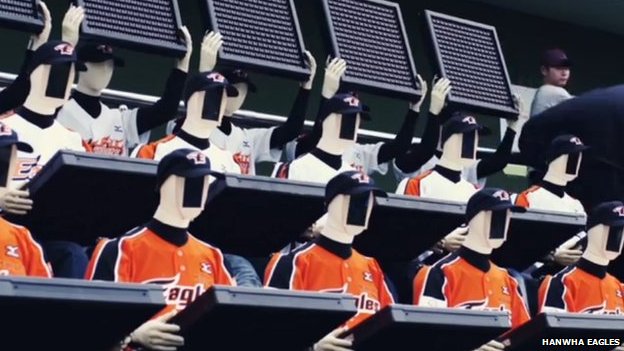 To further show the imminent robot takeover, a Korean baseball team recently installed three rows of robotic fans at their stadium. The Hanwha Eagles of Daejeon’s new AI fans could chant and even do the wave, according to BBC. The robot supporters even came equipped with LED screens that had the ability to receive and display text messages from fans.

Are robot fans and athletes just a current technology fad, or are they truly the Michael Jordans and Lionel Messis of the future? Only time will tell!