The open source Ai.Frame – which recently surfaced on Kickstarter – is a versatile miniature robot powered by an Atmel-based Arduino Mini (ATmega328 MCU) paired with infrared and ultrasonic sensors.

“The robot’s sophisticated structure is designed to make motion both precise and versatile,” an Ai.Frame rep explained in a recent post. 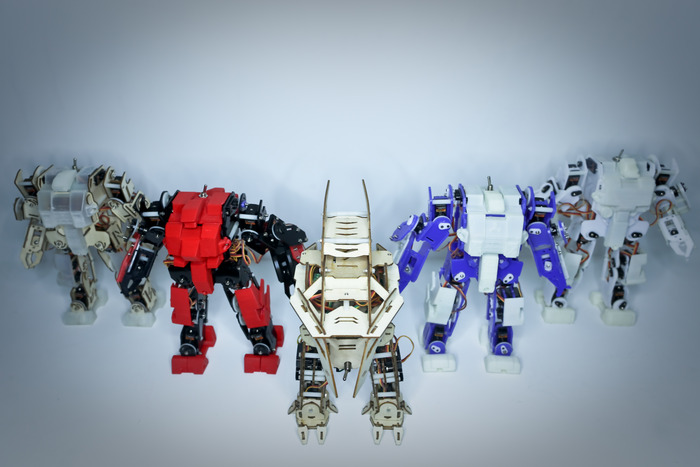 “The Apollo [model offers] 16 degrees of freedom, while the Rex has 9. Operated by an efficient controlling system, the Ai.Frame executes your commands almost instantly.”

AI.Frame can be controlled via a smartphone or tablet, gamepad or even a wearable harness that accurately captures upper torso movements. 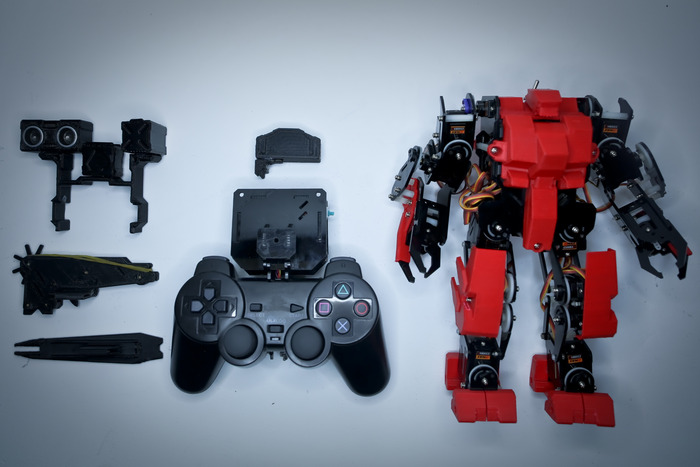 “As experienced engineers, we have a thorough understand of robot configuration and construction, [so] we incorporated rich body details into the Ai.Frame to simulate the structure of the human body,” said the rep. 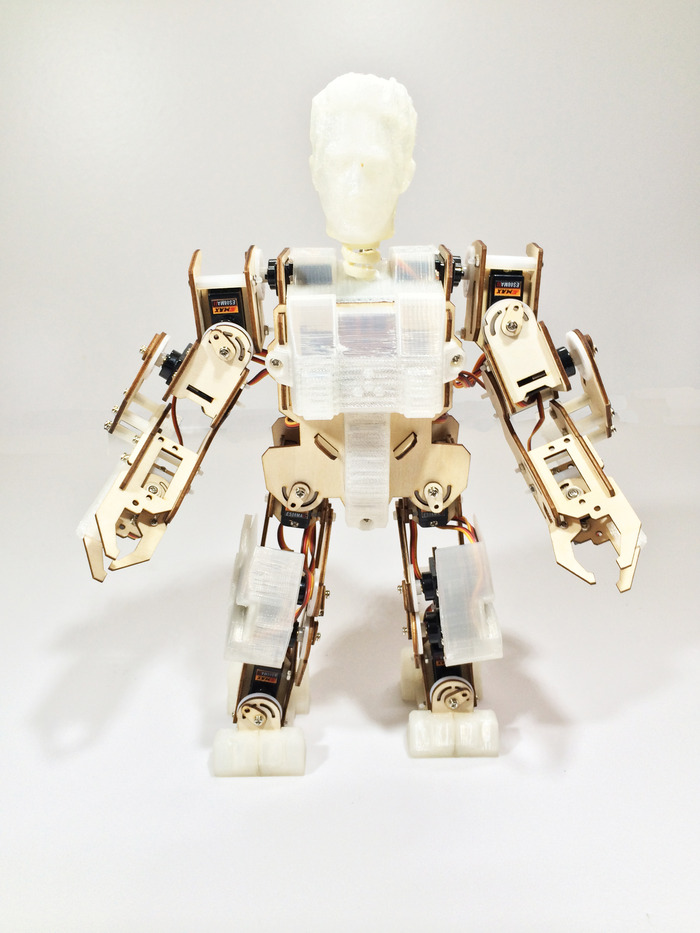 “The Ai.Frame Apollo’s skeleton contains 109 pieces and its outer shell contains 12, while the Ai.Frame Rex consists of 98 pieces. We also made made a concerted effort to optimize the molding and screws for the strongest possible structure. Nonetheless, you can choose to either build an Ai.Frame from scratch or to have us assemble it for you.” 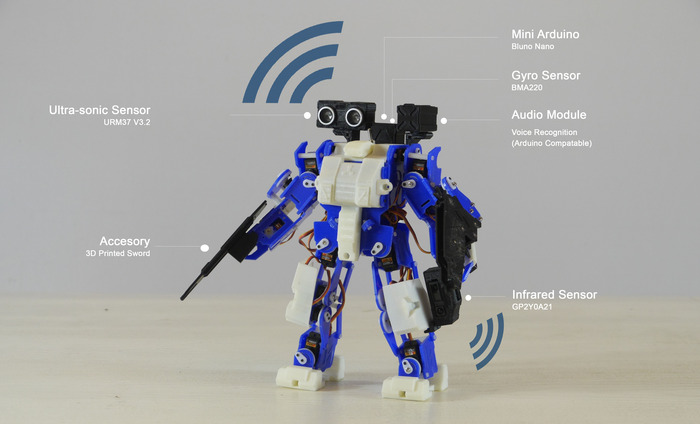 13 thoughts on “Ai.Frame is an open source robot”