Writing for Reuters, Noel Randewich notes that Silicon Valley was originally made famous by hard-scrabble hackers and modders building radios, microchips and other devices.

“Now, a proliferation of high-tech but affordable manufacturing tools and new sources of funding are empowering a [new] generation of handy entrepreneurs, [while] laying the foundation for a hardware renaissance,” he explains. 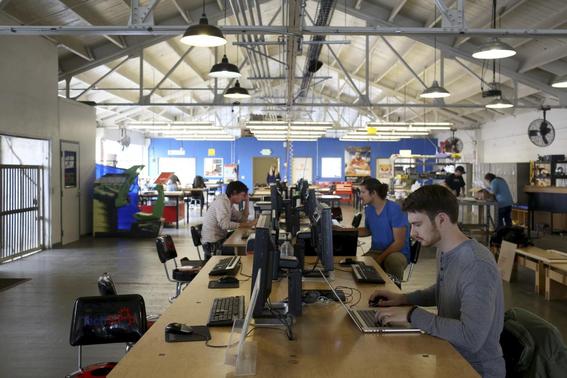 “[The] Maker movement [is] sweeping northern California and, in a smaller way, Europe and other countries. Renewed interest in tinkering with objects – versus apps or software – is attracting more money from investors and fostering a growing number of workshops, where aspiring inventors can get their hands on computerized milling machines and other high-end tools.”

Ann Miura-Ko, a self-professed tinkerer and partner at Floodgate, tells Reuters she believes nostalgia for the Valley days of yore plays a key role in the Maker boom.

As Randewich points out, the growing wave of do-it-yourselfers may very well hold the key to manufacturing innovation.

“Hardware is catching up to the open-source revolution, with common standards and a culture that encourages the sharing of designs and building blocks that save inventors the time and expense of reinventing the wheel,” he writes.

“Take the palm-sized [Atmel-powered] Arduino, ubiquitous in the Maker Movement. The roughly $20 item was developed for students, offering low price and relatively easy programming. Arduino lets do-it-yourselfers snap together and program interchangeable components such as GPS chips and motor controllers to run everything from robots to cocktail mixers.”

“We’re proud of our manufacturing heritage, but we don’t invent everything… The spirit and tools of the Maker Movement are something we want to engage with,” she concludes.

The full text of “Do-it-yourselfers Inspire Hardware Renaissance in Silicon Valley” by Noel Randewich is available on Reuters here.