Game Frame – a grid of 256 ultra-bright LED pixels – was designed by Jeremy Williams to showcase pixel art and old school video games. As Williams notes, video game artists used to draw everything with a sheet of graph paper, a few colors and a couple of animation frames. 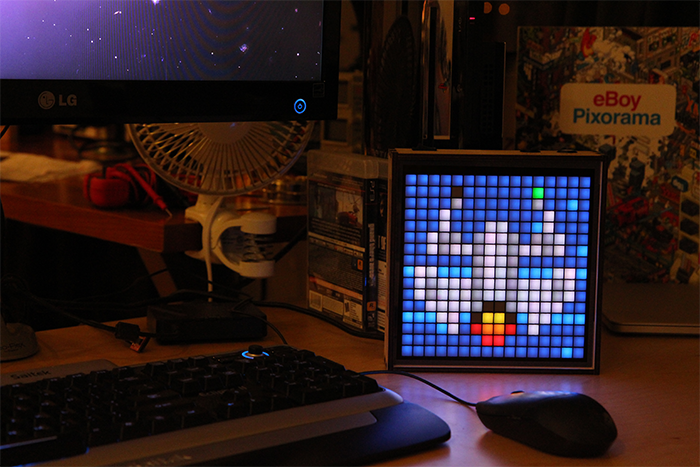 In spite of the obvious technological limitations, says Williams, games devs created some of the most iconic and nostalgia-packed imagery of the late 20th century – the very symbols and mascots of the video game generation.

“Out of necessity grew an enduring visual art style. No longer limited by resolution or power, some game designers still choose pixel art today instead of smoother, glossier options,” Williams wrote in a recent Kickstarter post. 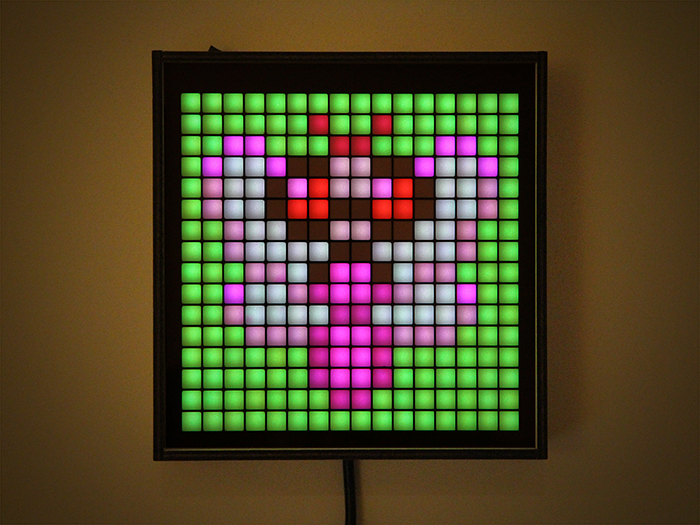 “Why? It’s abstract, vibrant, nostalgic, and LEGO-like in its architecture. It stimulates our imaginations, and surprises us with artistic creativity. It draws comparisons to pointillist painting and stained glass, and I say it deserves a frame.”

Enter the Game Frame, which Williams describes as a slick digital photo frame for pixel art. More specifically, each pixel is projected by a powerful LED via a mesh chamber and onto a sheet of white vellum. Colors are strictly isolated, while a black overlay sharply defines the grid.

“Since there is no global backlight, the visual effect is like a mix of traditional movie screen and OLED. It’s quite unique,” he explained.

“Thousands of images and animations can be stored on SD and played back automatically according to your taste, configured by two buttons on top. You may want to find some classic video game sprites, or draw your own in your favorite editor.”

Graphics are typically saved as BMP files, while the Game Frame is pre-loaded with over 40 new animations from eBoy. The hardware is Atmel–Arduino (custom PCB, + Adafruit Neopixel library) based and Williams says he plans on releasing the complete source source code once shipments begin.

Interested in learning more about the Game Frame? You can check out the project’s official Kickstarter page here.

2 thoughts on “The art of pixels with Game Frame”