“The webcam [which is not included] takes a picture of an object on the turntable with both lasers on and off, [while] the software looks for differences in those pictures to detect the shape of your object,” Mikelson and Cox explained in a recent Kickstarter post. “Next, the turntable turns 0.45 degrees and the process repeats: 800 steps for a full 360° revolution.” 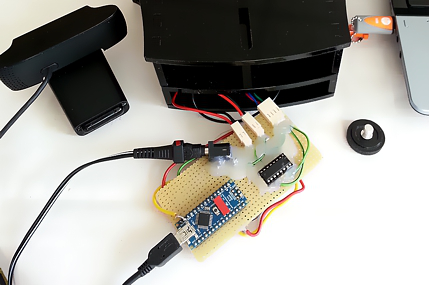 After the scanning is complete, Makers can either export a raw hi-polygon mesh or have it structured and optimized.

“With the current setup, you can scan objects up to 160mm in diameter and about 250mm in height, but since the camera is movable, even bigger objects might fit in,” the duo added. 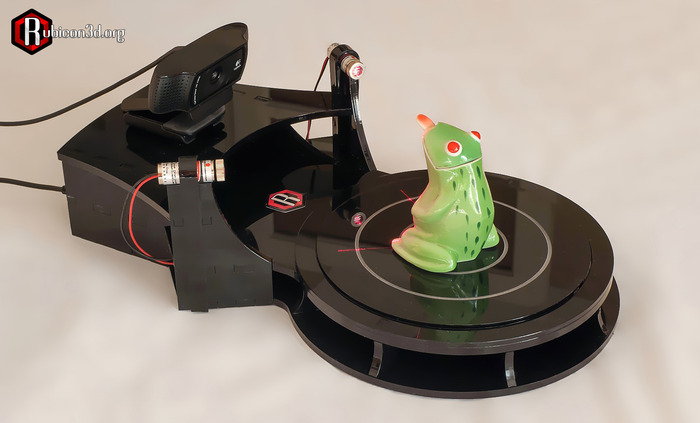 Interested in learning more? You can check out the Rubicon 3D scanner on the project’s official Kickstarter page here.