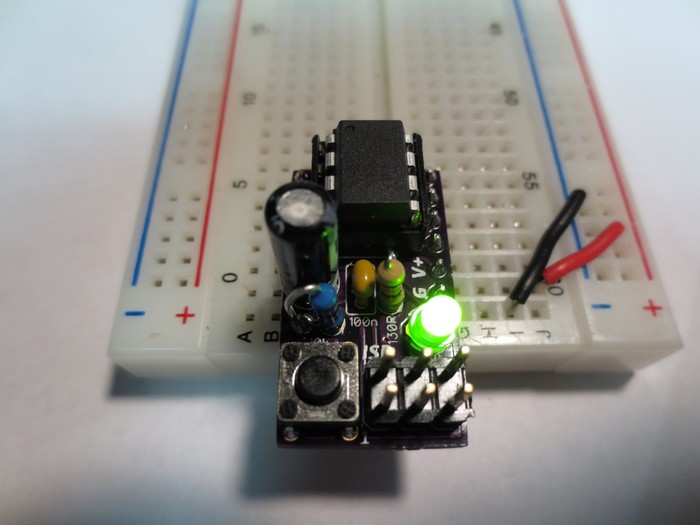 “My idea is to allow [Makers] to take advantage of the ATtiny85 chip’s potential, while using the familiar Arduino IDE and [harnessing the] super awesome support from the Arduino community,” Escobedo explained in a recent Kickstarter post. “Lots of existing Arduino code ports over easily, and where it doesn’t there are special libraries (TinyWire, I2C LCD etc) modified for use especially with the ATtiny series.”

According to Escobedo, the goal of the ATtiny85 ISP! Kickstarter initiative is not to make money, but rather, to bring the ATtiny85’s capability to wider community of Makers. 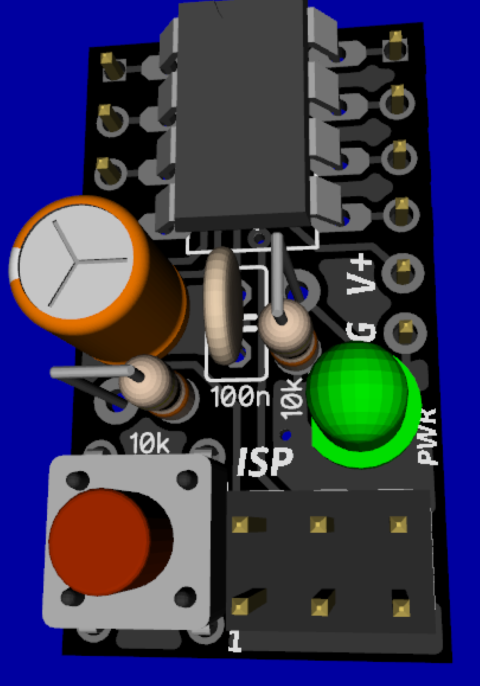 “All design files and schematics will be immediately released to the public upon successful funding of the project goal,” he said. “Money raised from Kickstarter will go towards sourcing boards, obtaining components and getting shipping supplies.”

Aside from Atmel’s ATtiny85, key platform specs include:

Interested in learning more about Ben Escobedo’s ATtiny85 ISP! Kickstarter initiative? You can check out his official project page here.