Friday saw quite a buzz here at Atmel when founders of the start-up Made in Space participated at a speaking event.

Atmel hosted start-up Made in Space to talk about their 3-D printer.

The first-floor training room was packed. In attendance was the Mayor of Mountain View, a retired astronaut and people from NBC News. Made in Space founder Jason Dunn talked about how useful it would be to have a manufacturing method in space. In keeping with the recent craze for 3D printing, Made in Space is well along the way to sending a 3D-printer to space. 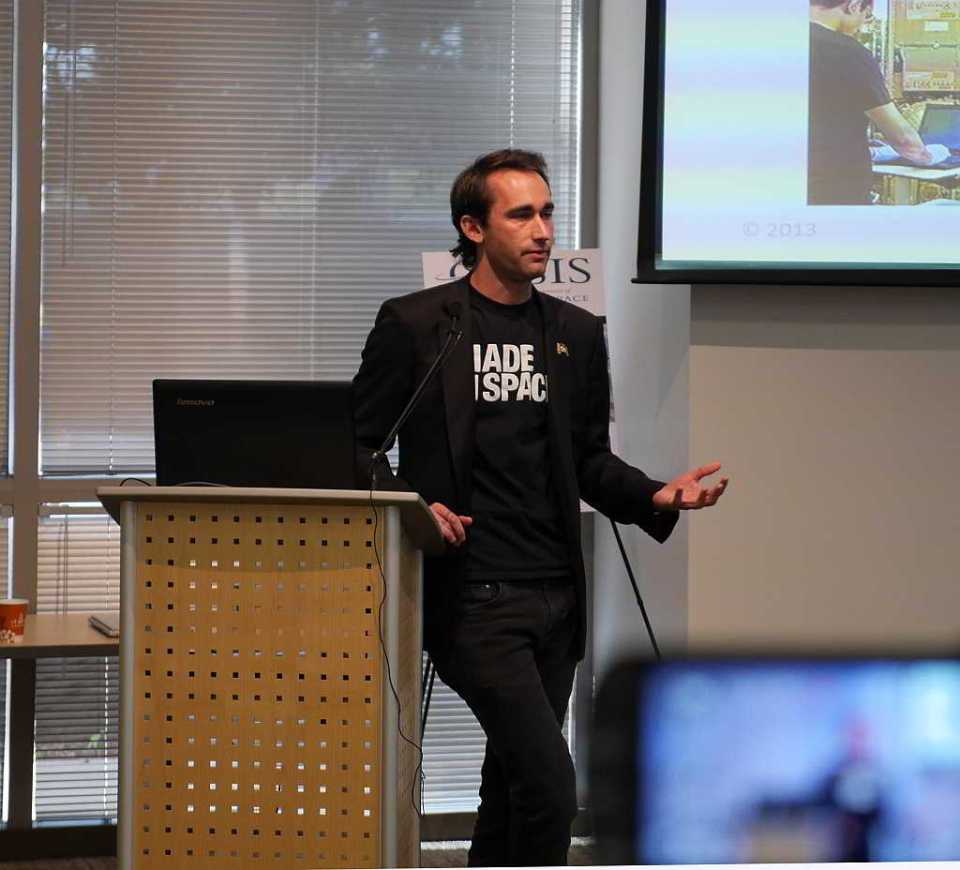 Jason Dunn expands and explains his rationale for putting a 3D printer in space.

At first the team tried to adapt an existing 3D printer for space use. They rented time on those parabolic flights where you are weightless for a minute or two. Every 3D printer they tried had severe limitations. Indeed a recent review in Product Design and Development indicates that many 3-D printers don’t work on Earth, much less in orbit. You can see how if a 3D printer needs to be precisely leveled in order to not damage itself, there is little chance it would ever work in space. And don’t forget a 3D printer intended for space use will need to withstand the G-force of launch. 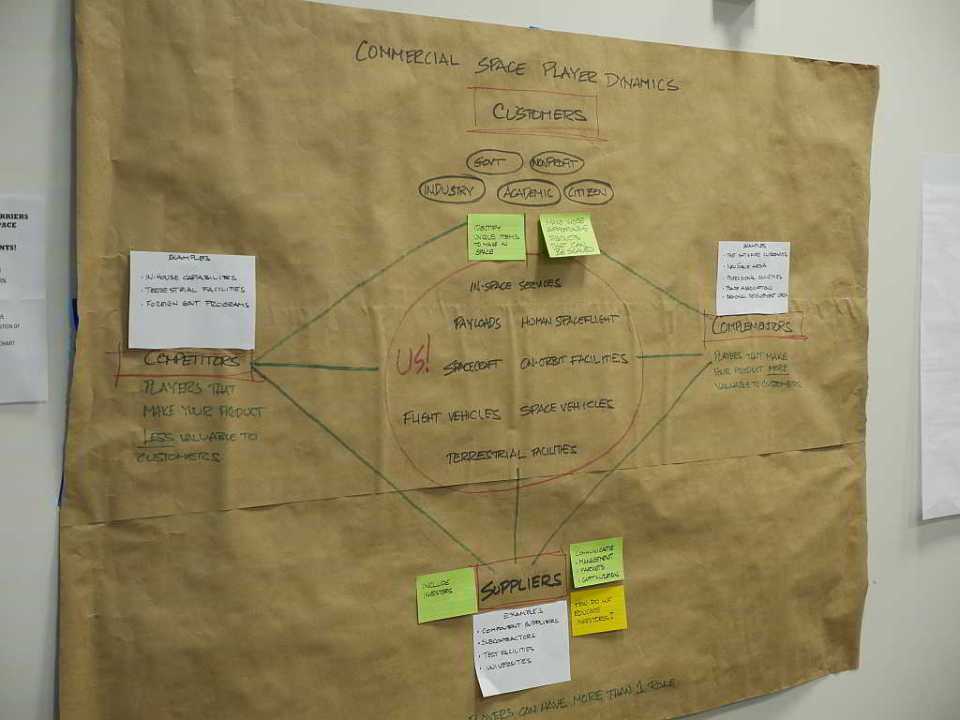 There was a definite startup vibe in the room. I’ve been to those edgy companies that scribble directly on the wall. I guess brown paper serves when you are on the road.

Now last time I checked it was $10,000 a pound to put something into orbit. So the business case for 3D printing in space is that you make parts that you need as you need them. Jason maintains that 3D printing could make 30% of the spare parts on the Space Station. I find that a little hard to believe. Let’s face it, 3D printing makes inferior structural components that have nowhere near the properties of injection molded or machined parts. The space program uses Delrin and polyamide and thermoset high-performance engineering plastics. To my knowledge the “additive string” type of printer cannot use these high-zoot engineering thermoplastics. Even if they did, the resulting parts are never as strong as an injection molded part.

There was a healthy crowd at the Atmel-sponsored function.

Still, you can see how compelling it is to be able to manufacture in space. You can check out Jason’s TEDx talk to see his vision. The second he started his presentation here at Atmel, I could not help but think of the Apollo 13 disaster. If only those astronauts had a 3D printer, they could have easily made a part to adapt the Command module CO2 scrubber canisters to the Lunar module design. Sure enough, the Made in Space people also thought of this scenario. So they gave an intern the job to design and build a part that would have done the job. It took him less than an hour to design the part and the printer had the part built in a few hours more. That would sure have lowered the blood pressure of those three stranded astronauts. And Jason noted that it is the ground crew that can be designing the parts, further offloading the astronauts so they can concentrate on the space-based tasks that they need to get done.