So after seeing Atmel in the parking lot, I go and check in at the Atmel booth. Suffering from ADHD and OCD, it was less than 20 minutes later and I was wandering the pavilion. It seemed every cool thing I liked had Atmel parts in it. This time it was a Hexapod style 3-D printer. I had no idea the fine folks at SeeMeCNC used Atmel, until I got talking to John Oly. He explained they were from Indiana and got hit as hard as anybody by this here depression we just went through. So rather than close their machine shop, the folks at SeeMeCNC decided that they could build a clever 3-D printer and sell it at a fair price. 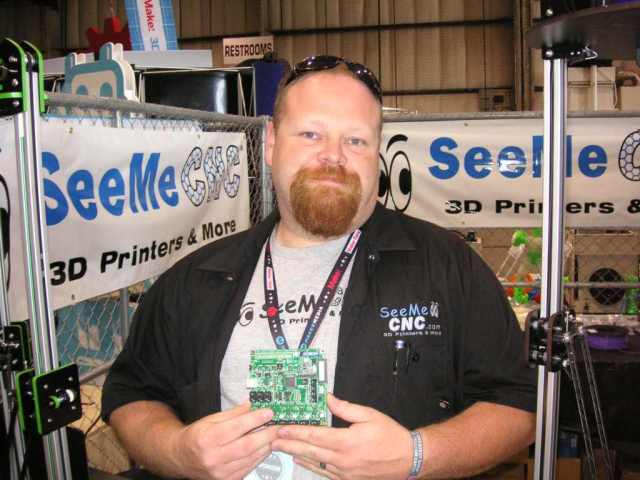 John Oly from SeeMeCNC shows off the board containing the Atmel chip used to run their hexapod-style 3-D printer.

As a former auto engineer I admired the great mechanical engineering in the SeeMeCNC 3-D printer. I also admired their Indiana roots, since I am from Ohio and Michigan. I mentioned that the aluminum extrusions they used on the uprights of the machine were quite expense, a friend had just used that system to build an RC sailplane field bench. John smiled and said: “A lot of people think you have to use the expensive stuff, but you can go to a local extrusion shop and they well make you the same sections of a lot less money.” See, this is why we are lucky to live in an industrial society—you can pop down to your local extruder, and get them to make you some nice structural framing, while helping your local economy. It’s not just lettuce that we should encourage the local production of. 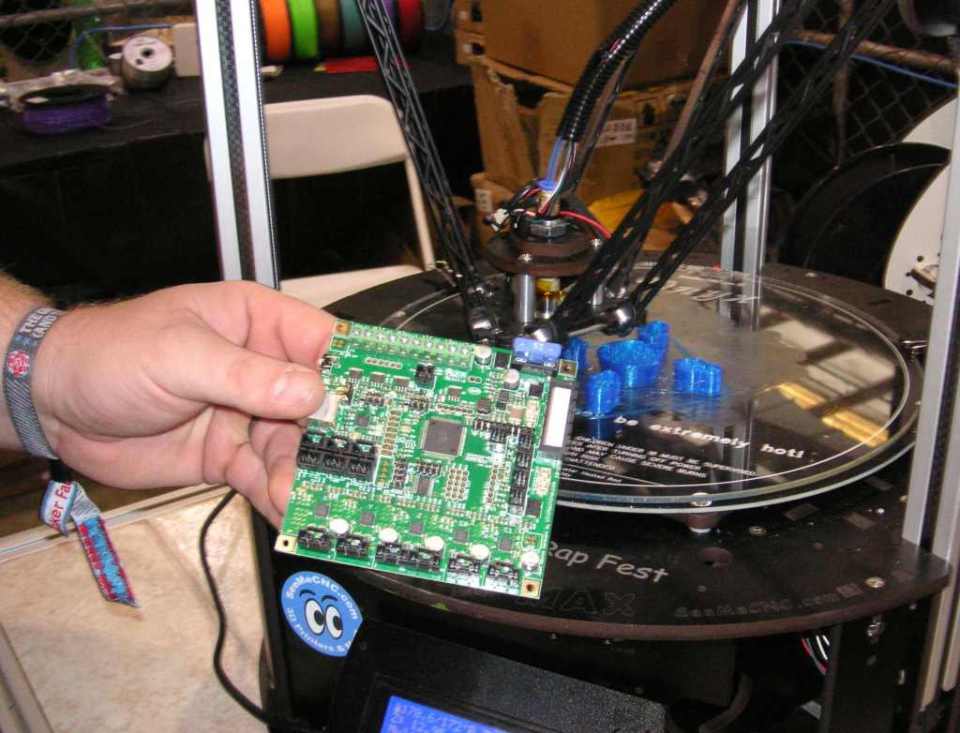 Here are the Atmel chips on the board from the SeeMeCNC printer near the aluminum structural uprights they had made locally for 1/10 the price of the ready-made stuff.

So I took a little movie of the SeeMeCNC printer working—that’s John you might hear in the background. Let’s see if I can embed the video into our blog. I love these motion control applications for Atmel chips, you can watch your code working. Only downside is that a crash is really a crash.

4 thoughts on “Atmel is everywhere at the 2013 Maker Faire, episode 2”