Atmel has received the Asus 2012 Best Partner Award from the industry heavyweight for its extensive product lineup and comprehensive technical support. 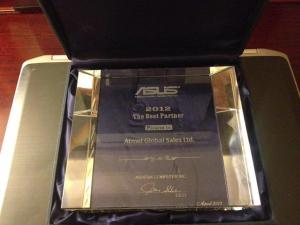 “We are pleased to award Atmel with one of our 2012 Best Partner Awards,” said Ricky Tzeng, Purchasing Vice President, Asus. “Atmel has continued to provide outstanding products, along with excellent customer and technical support to ensure we meet our specific new product design requirements for touch controller products.”

According to Tzeng, Atmel’s commitment to Asus is “widely evident,” with Atmel’s end-to-end support helping the company launch a variety of Microsoft Windows 8 mobile products without any delays.

Meanwhile, Richard Lin, Vice President of Asia Pacific, Atmel, said the corporation was honored to receive such a prestigious award from Asus.

“Atmel has a long history of providing some of the most innovative products on the market and to providing exceptional customer support,” he stated. “We look forward to collaborating with Asus on future designs.”

It should be noted that Asus recently selected Atmel’s XSense touch sensor and MaXTouch technology for a number of its flagship tablets.